My first impulse is to write good morning but I can do that because this is a globally viewed blog, If there is one thing to know about my writing process is I wake up, do what I have to do (go for a run, pick up coffee, feed my fish) and then I write, it’s anywhere from 4am – 5am and I’m done by the first ray of sun kisses the night good bye, I guess I could say, good day, anyways, off topic, how are you? today I’m going to be talking about BY TERRY and their new Palette Factory, and if you don’t know much about BY TERRY well by the end of this post I hope you learn something of one of the worlds first luxury brands of makeup still around to date. There is a lot some iconic work of the creator of BY TERRY, Terry de Gunzburg still used by rival brands to date when she was employed by them in 1992, fun fact in 1992 I was 2 years old.

BY TERRY was a massive influence in the beauty industry then and now, in fact she got it so right that not much has changed within the branding or the ingredients of course the brand would evolve with the times, every great brand does – In 1985, Terry was hired by Yves Saint Laurent to develop the brand’s cosmetic line. In 1992 she created Touché Éclat, the iconic brush-on concealer/highlighter that is often referred to as “8 hours of sleep in a tube” which is still a big best-seller for the brand. “From YSL, I learned the essence of how to anticipate women’s needs.” said Ms.de Gunzburg.

SIDE NOTE ➡️ De Gunzburg founded her label, By Terry, in 1998, while she was still the creative director of YSL Beauté.

There hasn’t been many new launches from BY TERRY over the years but one is a killer under eye product, and no it’s not the eye brightener but I do think they marry really well together, for 7ml of product it costs $90.00US the Terrybly Densiliss Concealer, this potion comes with a price tag but for under your eyes it’s a massive game changer, its more than a full coverage concealer its, a full coverage treatment. I had to throw in my favourite product from BY TERRY.

Now lets talk about the palette factory launching online and in select Sephora’s ➡️ you can choose from 1, 3, 4 or 8 inserts ranging in costs from $79.00 all the way too $495.00 – I know that is quite a jump eh but it’s a luxury brand, any A-list celebrity or celebrity makeup artist will have BY TERRY in their makeup kit.

I choose the 8 pan palette, in front of you or online via the BY TERRY website you should have a empty palette so its time to pick what you want, you can choose your shades, colors, if you want matte, shimmer you even have the choice of pattern if you want marble, half and half or trio (1 pan with 2 shades pressed inside)  whatever you want,  you’re creating your own BY TERRY custom palette – You can literally if you did this in store create your perfect shade of powder foundation by mixing three shades together in marble so when all those shade mix together you have your ideal shade. I know BY TERRY isn’t the first company to do this, and I am sure it won’t be the last but the way that the company approached this is so smart, there is so many colors, base shades, finishes, and possibilities.

DID YOU KNOW ➡️ Terry has been called the Steve Jobs of makeup. It might sound a slightly strange thing to say but much like Steve Jobs, she has created sophisticated, luxurious products which quickly become absolutely essential to their users.

Who am I? Do you mean where I'm from? What I one day might become? What I do? What I've done? What I dream? Do you mean, what you see or what I've seen? What I fear or what I dream? Do you mean who I love? Do you mean who I've lost? I guess who I am is exactly the same as who you are, Not better than, not less than. Because there is no one who has been or will ever be exactly the same as either you or me, I am a mature, self-motivated, confident, and an ambitious person always committed to deliver high standards within my writing, organized, success in creative planning related to media and PR, through knowledge of promotions that extend across multiple channels, ability to outline and execute marketing strategies, energetic, outspoken, not what it seems, blog! Welcome to M X T C. 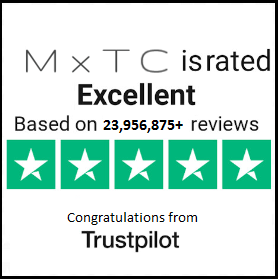